The best things to do in Athens 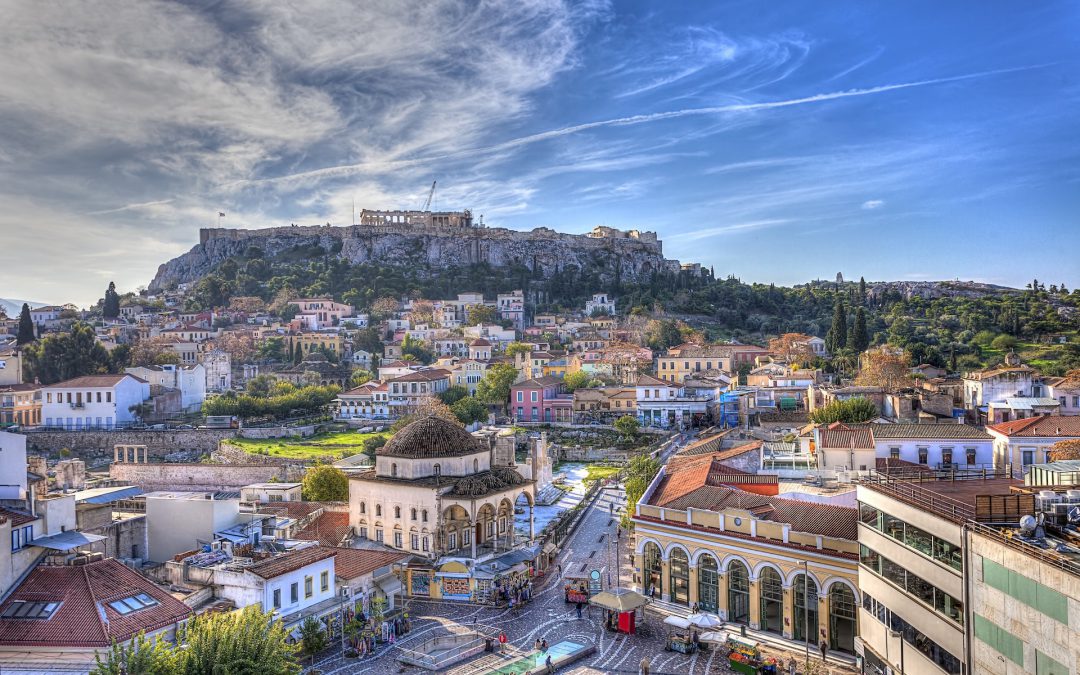 Athens is one of those cities where travelers can find the best of both worlds of traveling: historical sites with bustling restaurants, bars, and shops.

The city is the capital of Greece and it has its charm with its neighborhoods and cultural monuments.

Thinking about visiting Greece and especially Athens and not see the Acropolis cannot be a great trip. The place is with no doubt the most famous attraction in the city, competing for its popularity with other sites of Europe such as The Eiffel Tower and The Coliseum.

The Acropolis was built in 450 b.C and its ruins have survived countless wars and weather adversities. They were usually build to protect its cities, according to the Greek mythology. The word Acropolis means high city and in Athens, it is located on a hill of 150m high.

The region is home for many monuments, such as the Parthenon – a temple dedicated to the patron of the city, the Propylaea – a great gate that marks the entrance of the sacred part of the Acropolis.

Located in the neighborhood of Plaka, at the bottom of the Acropolis, it is one of the most visited attractions in Athens. Launched in 2007, it is home for many art pieces, sculptures and other objects related to the Acropolis. Tourists can also see the cafe on the rooftop of the museum and enjoy one of the finest views of Athens.

3. The Temple of Zeus and the Hadrian Arch

Being one of the biggest temples dedicated to Zeus, it took around 600 years to be built by the Roman Emperor Adriano. The temple has its charm because of its beauty and grandiosity. There are still 15 of the 104 original columns of the temple.

Built for business reasons, the Roman Agora is a big open patio, in the place, there used to be two propylaea – some type of entrance gates. The Athens Gate is well-preserved until nowadays. The place is also known as Cesar and August Agora.

Thinking of narrow streets, closed for cars and full with people walking around the shops and touristic attractions located around there – this is the Place Neighborhood, considered to be one of the best regions of the city to stay. The neighborhood has also a range of restaurants for tourists to try the local dishes, but prices can be a little high as it is a touristic area.

7. Propylaea of the Acropolis and the Temple of Athena Niké

They are monuments on the way to the Acropolis. They were both built by Pericles after the Parthenon. The Temple of Athena Nike is a little further after where the Propylaea of the Acropolis is located. They were almost all made of white marble.

The stadium is one of the historic attractions of Athens and it is used for many different activities. It is the only stadium made entirely of marble. It was first used for the Panathenaic Games, abandoned with the risen of Christianity and years later started to be used to hold Olympic Games Ceremonies.

Kolonaki is one of the most famous and fancy areas of Athens filled with cafes, fabulous restaurants, and expensive shops. It is the neighborhood where affluent people used to live in the city, before moving to the suburbs. It is also where Mount Lycabettus, the highest point of the city with 277 meters, is located. From there it is possible to see the entire city with the sea in the background.

It used to be a monastery and now it is a busy and bustling square in the downtown of Athens. Nowadays the place is surrounded by bars, restaurants, souvenirs shops. A flea market happens there where people can find pretty much anything they look for. 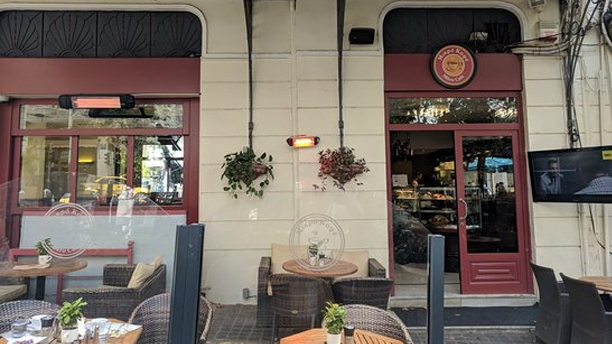 Mikro Cafe is a great option for breakfast, quick snacks and for every person who enjoys sitting at a table and people-watching. The cafe is located on a busy street near the Monastiraki Square. The menu is full of sandwiches, juices, and traditional Greek dishes.

As its name says, their specialty is the famous yogurt. There are five types of yogurt available and they can be combined with season fruit syrups.

It an amazing place for breakfast or a snack in the afternoon while exploring the Acropolis. 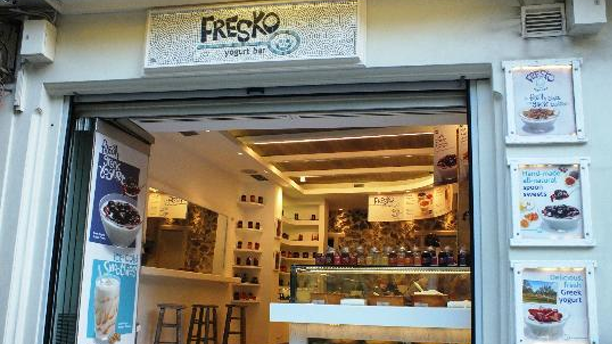 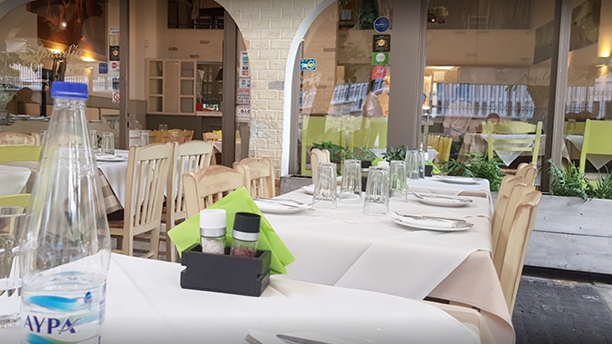 Arcadia is a traditional Greek restaurant located in the area of the Acropolis Museum. Its chef is Antonis Grivas who has been successfully operating the kitchen restaurant for over 35 years. The restaurant has a cozy atmosphere and during beautiful days it is worth it to get a table outside.

It is a family restaurant, the Bairaktaris founded the place in 1879 and their menu is exclusively Greek. Souvlaki and Gyros are among the dishes served. The restaurant is a great choice for lunch or dinner, the atmosphere is peaceful and the prices are fine. 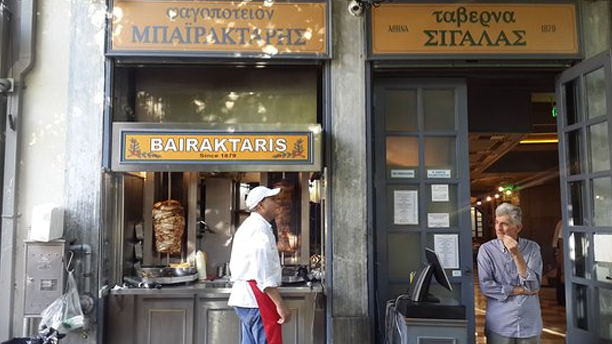 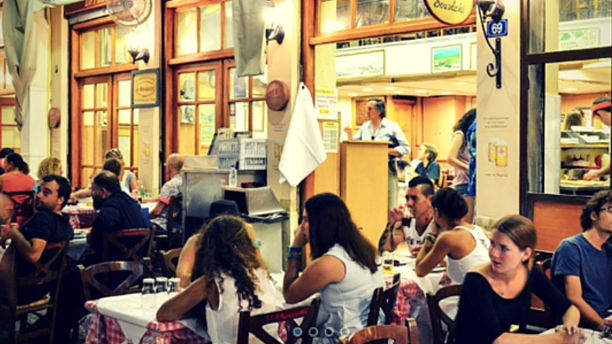 Souvlaki is a traditional Greek dish that can be found in this restaurant. The place is casual, ideal for lunch or dinner, from the tables is possible to watch the meal preparation. The menu isn’t overpriced and they also serve Kebab and Tzatziki. The restaurant is located close to the Monastiraki Square.

Imagine a patio with an amazing view from the Acropolis while enjoying a Greek well-prepared meal. The Tabepna Kphtikoy also completes the scenery with live Greek music. The menu is full of delicious Greek dishes. The place is located in the Plaka neighborhood near the Monastiraki Square. 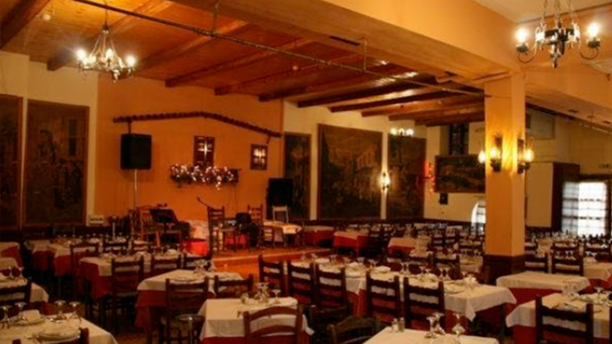