Visit Meteora in Greece, one of the hidden places in Europe! 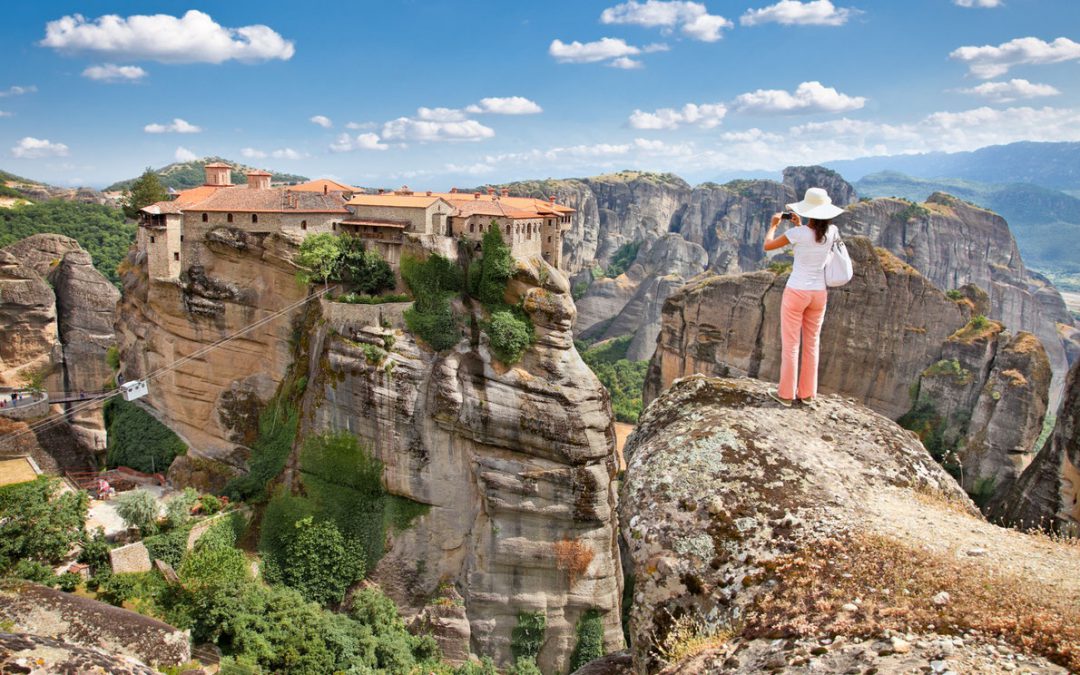 Meteora, the miracle that was created by the hand of nature

Meteora, the miracle that was created by the hand of nature. From the first view to the road from Trikala to Kalambaka, the almost unrealistic sight of the “floating stones” leaves everyone speechless. This monastic city carved in 500 meters high walls is after the Month Athos, one of the six most important living monasteries in Greece. 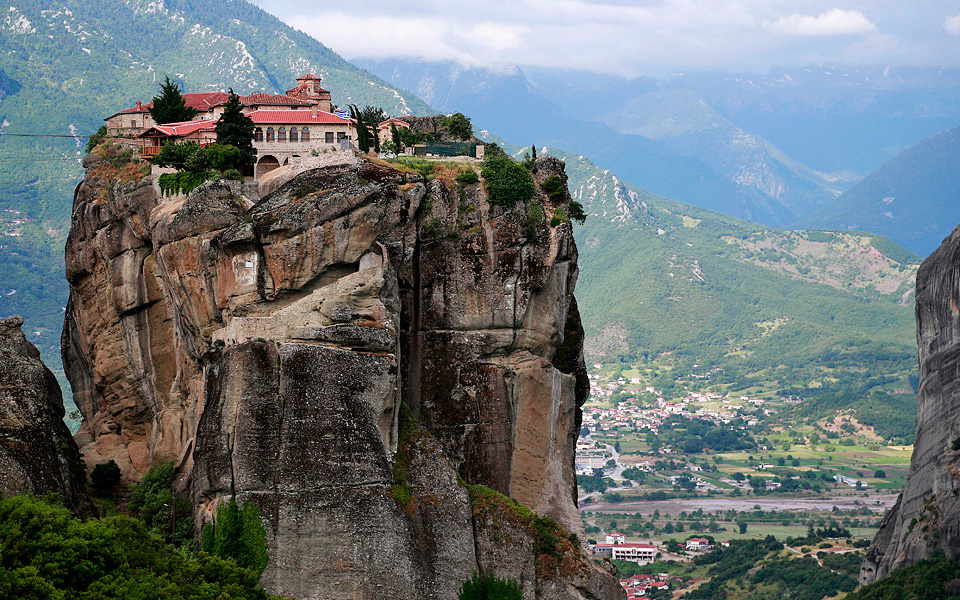 Some history about Meteora

Meteora looks like their tops touch the sky, so it is not surprising that this magnificent place was chosen by the monks for pray and peace. They gave this wonderful landscape a special seal of eternity by building monasteries up in the cliffs, on the tops of the rocks. History “says” that the first priests and monks lived there at the beginning of the 11th century. The most credible theories claim that the walls are 60 million years old and that have been created by depositing stones and muds in the river confluence that was pouring into Telasco Lake in ancient times, which after the geological separation of the mountain masses of Olimp went to the Aegean Sea. Winds, rain, and earthquakes formed walls over 500 meters high. The Greeks referred to them as “meteors” meaning “floating”, “hanging”, or “paradise floating rocks”.

In the 14th century, the first organized monastery community was located on the largest rock called the Great Meteoron. Gradually, on rocky peaks, especially during the Ottoman Empire when this vault was a good shelter from the invaders, other monasteries have been also built. The peak of the monastery community was in the 16th century when there were 24 monasteries with dozens of monks.

Today, most of the monasteries became ruined, but six preserved are the best witnesses about the faith, venture, patience, and creativity. Since 1995, the territory of Meteora has been declared as a “holy place, immutable and inviolable” by the Greek law and the decision of the Greek Orthodox Church.

Things to do in Meteora

There are many beautifull places to see in Meteora. We have selected the must see places in Meteora. 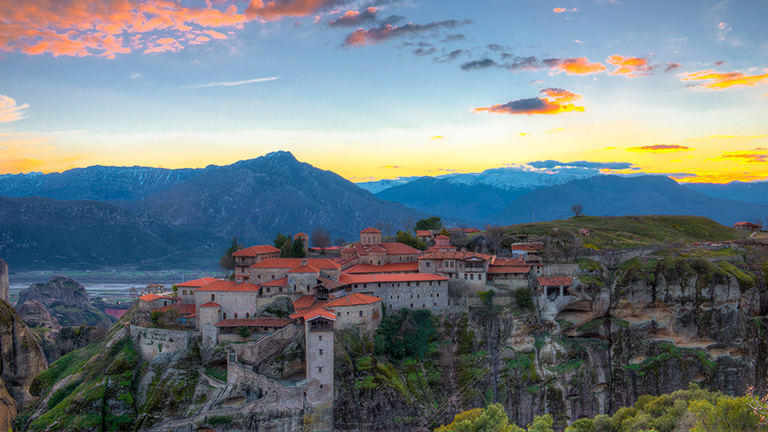 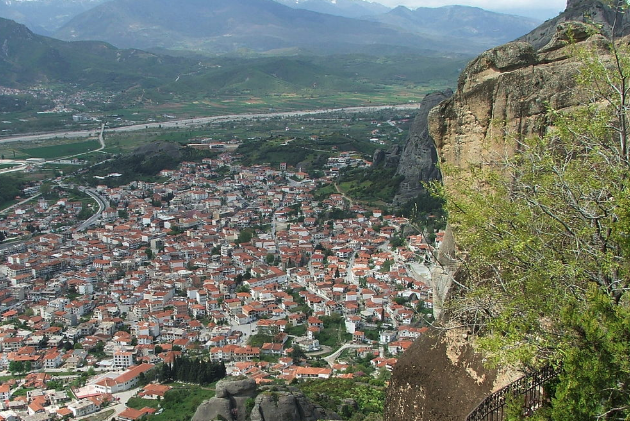 While you visit Meteora for the landscapes is Kalambaka a nice town nearby to visit for food, culture and little shops. Kalambaka, which means ‘prestigious castle’, is the largest town nearby with a population of 12,000 people. With small shops and typical Greece restaurants is this place visit worthy.

You can make beautiful hiking in Meteora where you use the old paths that cross the area. This way you can view the monasteries as well as the great environment up close. In the valley you walk regularly through small pieces of forest with old oak trees and with a beautiful view over the valley, the village of Kalambaka or on the monasteries. Once you are upstairs, unfortunately you have to walk a bit on the paved road every now and then. Keep in mind that you have to climb and / or descend on every walk. 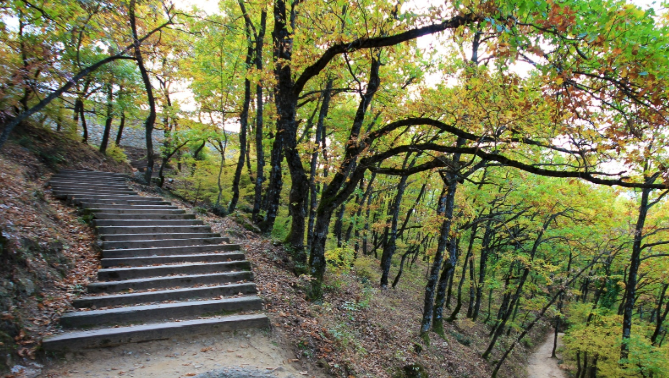 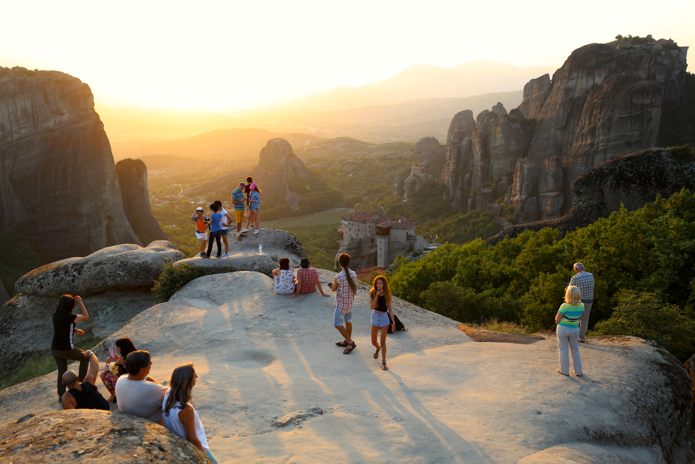 High above the monastery of Roussanou is a parking lot and from there you walk to the best viewpoint of Meteora. Here you can watch the sunset in the evening and in the morning the light on the monasteries is also great. A wonderful place to start and end your day in Meteora!

Some guided activities you can book

You can book the guided activities at the tourist website from Meteora www.visitmeteora.travel. 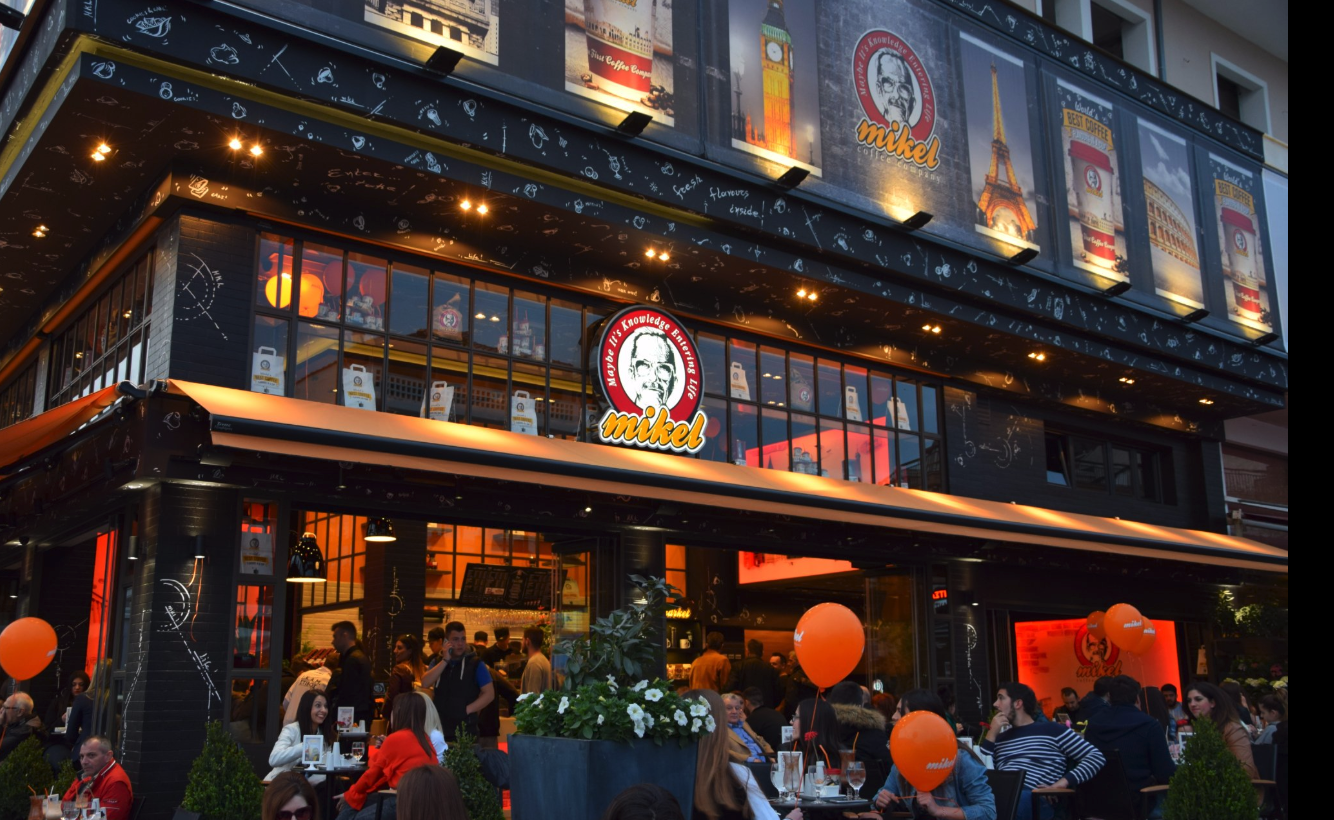 Good coffee to stop by and has airconditioning and enough place to sit outside and inside (they have wifi). Good service, delicious donuts and decent prices.

Good coffee and also alcoholic drinks. The boss is very attentive and good advice for walks in Meteora. You have a nice view of the entire city center.

Good restaurants for lunch in Meteora

The restaurant has not been around for very long, but it is wonderfully good and tasty. Local dishes with a strong taste made with old recipes from the neighborhood. We would not be surprised if the monks and nuns of Meteora occasionally leave their high mountain monasteries to be able to eat here secretly. The service was excellent and friendly.

A nice spacious garden where you can eat. The card is not large but offers sufficient choice. Tific prices and a very friendly service that added a dose of humor to the ministry. The Cleypot is recommended. 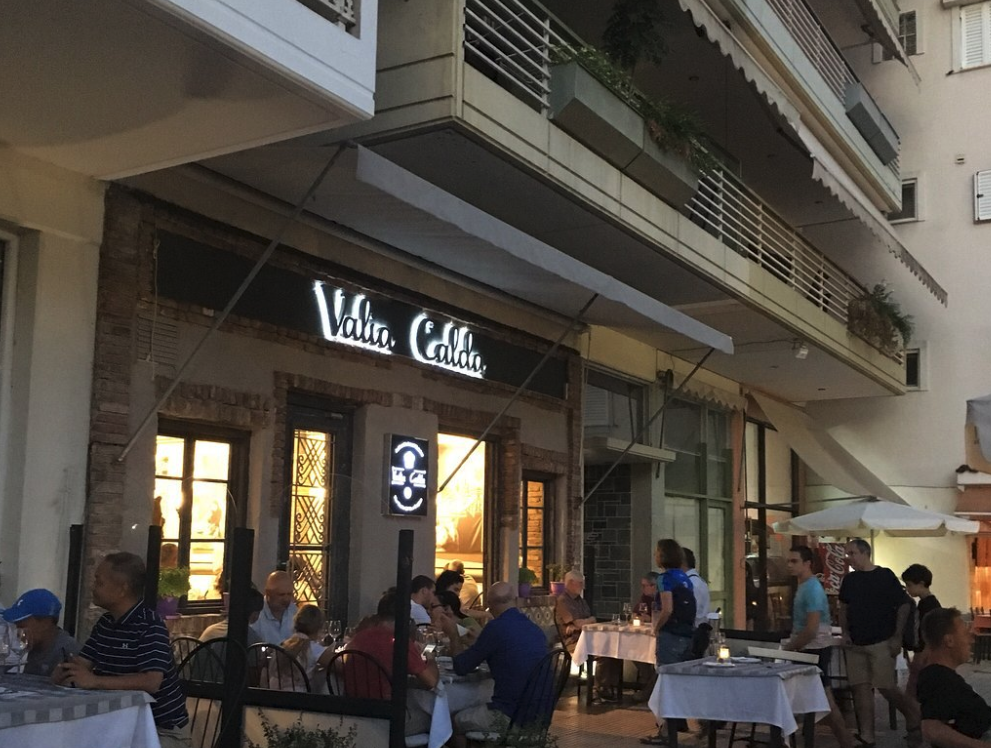 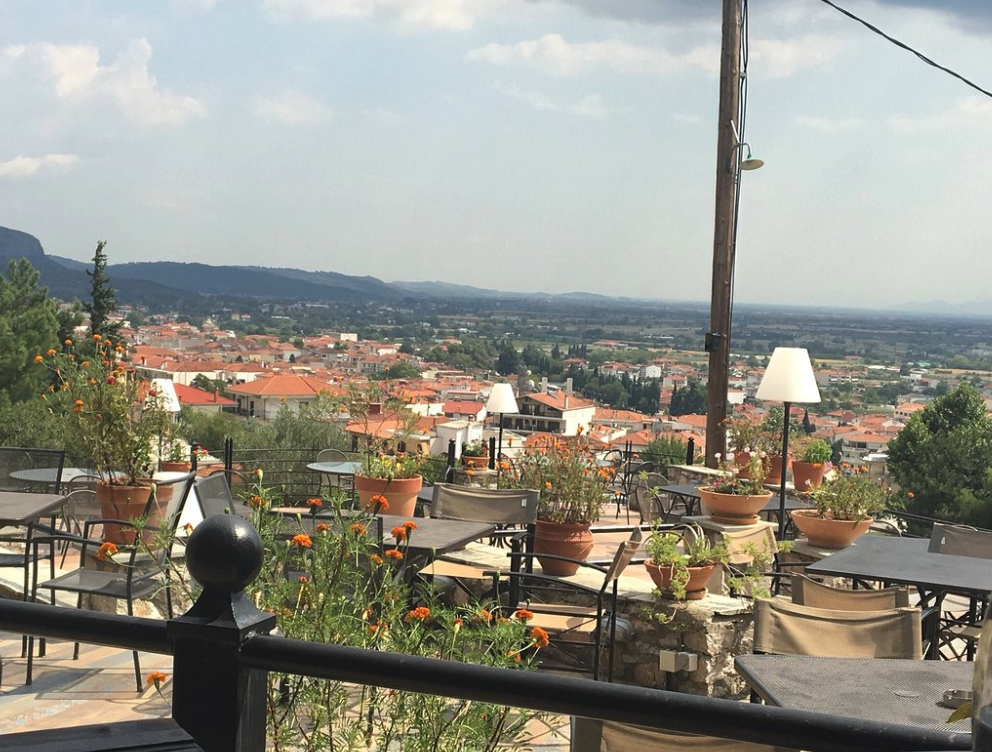 Good restaurants for diner in Meteora

A cozy restaurant just next to one of the meteor rocks. With the lighting in the evening it is really fairytale. The food is tasty but fairly ordinary with simple, pure ingredients. The service is friendly. Beautiful view of the rocks of Meteora.

The restaurant is in a beautiful location in the mountains near Kalambaka. They have traditional Greek dishes that were local, freshly prepared and tasty. The owner was so friendly and helpful and gave us many great tips and suggestions for our trip (such as stopping at Ionnina to see the lake and the castle).

There’s no doubt that Meteora is a wonderful and almost unrealistic piece of nature and God. No matter how you’re afraid of height, people who have visited Meteora say that all fears disappear in the pursuit of spiritual peace. Meteora is certainly one of the most respected holy places of Christianity and will definitely provide you with a true feeling of repentance and calmness!